The TTC 46 Weinheim has a lot planned in the women’s division in the coming season.
After promotion before the last round to the elite class of German women’s table tennis and staying in the class by a narrow margin, those responsible would like to at least launch an attack on the midfield places and make it to the playoff final of the best six.
Through a new sponsor, the Altindal Group, manager Christian Säger had the opportunity to strengthen the team with some new additions. The Brazilian Bruna Takahashi remains as the top player and the still young Sophia Klee as another valuable team member.
In addition, there are three top players with Bundesliga experience in Yuan Wan, Mateja Jeger and Giorgia Piccolin. Luisa Säger and Jennie Wolf, who have proven themselves in the background, are also ready and waiting. 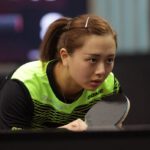 Yuan Wan was just in the headlines. At the German Championships in Saarbrücken at the end of June, she won two championship titles and a third place. In the women’s doubles she stood at the top of the podium with Chantal Mantz, and in the mixed she could not be denied the title together with Cedric Meissner. In the singles, she lost in the semifinals to the European champion Ying Han.
The name Wan is well known in Weinheim. Yuan’s father Guohui Wan was active for the TTC 46 for four years from 2009 to 2012/13, when the first men’s team was promoted to the second Bundesliga. So now the daughter returns to this place of action.
Yuan Wan was born on 23.05.1997 in Eberswalde in Brandenburg and began her table tennis career at the age of 6 at VfL Tegel. Already at the age of 10 she moved to Baden to TV Busenbach, after three years there she went on to TB Wilferdingen. She went on to WRW Kleve in the 2nd Bundesliga and then in 2013 to TTG Bingen in the top league. In 2017, the club even managed to win the German championship with Yuan at position 3.
Next stop in 2020/21 was DJK Kolbermoor, where she had a record of 8:15 in the top pair last season.
Now she is moving to TTC 46, where she will again face the top class of German table tennis as position 2. With 2162 QTTR points, that’s quite a challenge. And since top player Bruna Takahashi has to play in WTT tournaments every now and then, which are not coordinated with the Bundesliga schedule, Yuan is also scheduled to play the top position a few times.
Yuan lives and trains in Düsseldorf. She lists music, cinema and golf as her hobbies.
Her biggest sporting successes before the German Championships, with now 2 times gold and 1 time bronze, were a second place in singles and the title in doubles at the 2012 Schoolgirls Championships. At the 2012 European Pupils Championships she was part of the German team and reached the final in doubles.
Two years later, she again reached the final at the German Pupils Championships in singles and won in doubles with Chantal Mantz. At the European Pupils Championships, she took silver with the team.
In 2016, she managed to win the doubles title at the German Championships, again with Chantal. At the first U-21 European Championships in February 2017, she won silver in singles after losing to Chantal in the final.
The gold coup at the 2019 ITTF Challenge Series in Nigeria in doubles was her biggest international success.
Of course, she has already crossed paths with her new teammates. There were two losses to Bruna, Mateja is 2-1, Georgia is 1-3, and Sophia is also 2-3 in the books.
Like every year, ttc eastside berlin is the title favorite for her, and she estimates a place in the top 4 for her new team. 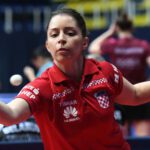 The Croatian was born on 13.01.1995 in Zagreb, where she still lives and from where she travels to the games. She also played for clubs in Zagreb for many years before she was signed by the then second division team TSV Schwabhausen in 2016.

The team from near Dachau won the championship title that season with only one defeat, and Mateja shone with a season record of 20:8. Schwabhausen, however, decided against promotion to the first division and thus met the then promoted TTC 46 Weinheim in the following round.

So the first meetings with the Weinheim players Mallika Bhandarkar, Jennie Wolf and Luisa Säger took place with clear advantages for the Croatian.

The duels with Luisa Säger and Jennie Wolf with successful outcome for Mateja continued in 2028/19, when Weinheim became champion and Schwabhausen as second took the opportunity to advance to the 1st Bundesliga.

There was now a reunion at the very top last season when the Upper Bavarians played Weinheim 6:3 and 5:5 and Mateja lost to Caroline Kumahara, won against Daria Trigolos and missed the return match.

Her sporting successes show twice the national championship in singles, reaching the best 32 at the European Championships and most recently at the WTT Star Contender competition a defeat only in the 3rd qualifying round against her previous teammate Sabine Winter.

For the upcoming round she is seeded at position 3 at the TTC 46, and depending on the dates of the WTT tournaments for the world’s best, she will also have to play in the front pairs.

Like most people, she sees ttc berlin eastside as the clear favorite again in the 2022/23 season, while she does not want to name a candidate for relegation because she does not know the new composition of the teams. For her own team, she considers a place among the top four possible. 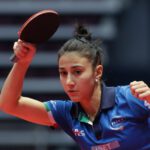 The TTC 46 Weinheim has – as already reported – a lot planned for the upcoming season in the women’s division.

Today we introduce you to Giorgia Piccolin.

The Italian moves from the first opponent of the next season, TTG Bingen/Münster-Sarmsheim to TTC 46 Weinheim and will be able to compete with her old teammates on September 11.

Giorgia was born on 15.01.1996 in Bolzano. She first played for clubs in her home country, from 2007 to 2015 in Tramin, then 3 years in Cortemaggiore. For the 2018/2019 season she joined TTG Bingen/Münster-Sarmsheim, which was already in the 1st Bundesliga at that time, where she already played once together with Yuan Wan in a team and finished the season with a slightly positive record at position 4. After fourth places, things went a bit downhill for Bingen and also Giorgia in 2020/21, and in the last round they slipped to the relegation place, but stayed in the league because no other team wanted to move up. For Giorgia, this time at position 2, there was a record of 4:9 with wins e.g. against Yuan Wan (da Kolbermoor) and Caroline Kumahara.

Giorgia became Italian champion in the last three years, reached the best 64 at the 2021 World Championships, and at the WTT Feeder tournament in Düsseldorf she was in the semifinals in singles and in the final in doubles.

She has had several encounters with her new teammates except Bruna. Against Yuan the score is 4:1, against Mateja 1:4, against Sophia a draw 2:2.

As hobbies she states: Watching Netflix series and reading books.

At the TTC 46 she will now be used at position 3 to 4, depending on whether the team can be fully deployed because of the WTT dates. She also sees the team on a good path to the top 4 of the elite class. 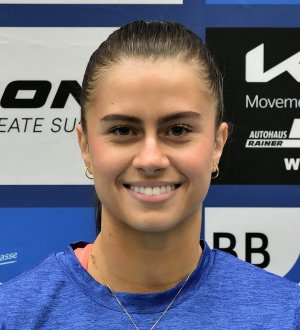 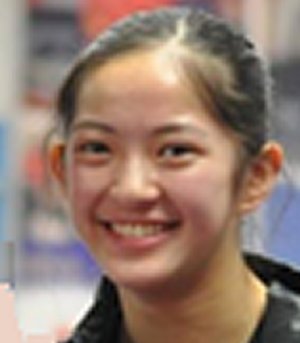 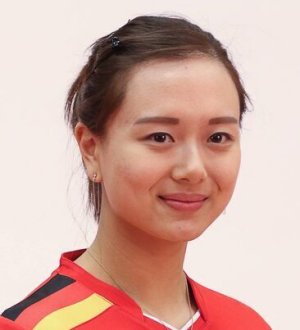 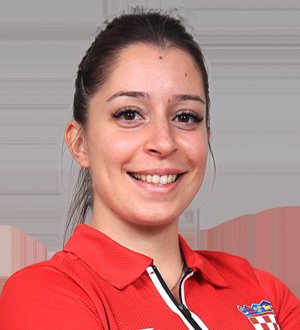 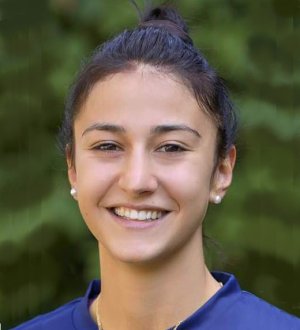 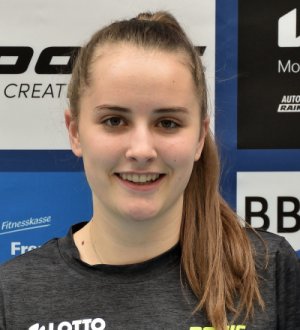 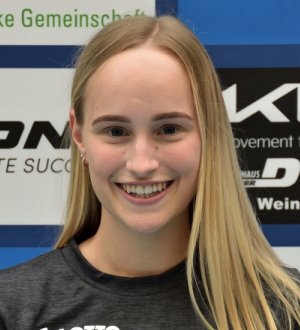 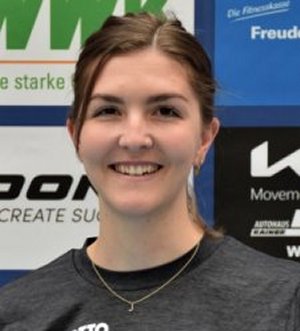