The ladies of the TTC 46 Weinheim start with a 6:2 into the season

„The others can play too“, was the short comment of coach Andreas Dörner after the hard-fought first win of the season against TTG Bingen/Münster-Sarmsheim. Not everything went smoothly at the start of the round, in which those responsible and also the players had planned a lot. But the first two points have been won against an opponent who, according to the paperwork, should have been dominated.
Despite the beautiful weather at the Weinheim Autumn and other temptations, 225 spectators found their way to the Heisenberghalle, and they will not have regretted coming to watch these exciting and high-class matches.
Dörner was able to draw on a full complement of players and sent Sophia Klee together with Giorgia Piccolin to the doubles, but they did not really find their game against Kuzmina/Tomanovska at 0:3. The two top players from Weinheim promised an easy match against Lea Rakovac and Karolina Mynarova, but Bruns Takahashi and Yuan Wan had a hard time and made a lot of mistakes. So it turned out to be a very close match with 9:11, 11:7, 11:8 and 8:11, before the final set was a safe 11:5 after 0:4.
The guests had to do without their two Indian players Archana Girish Kamath and Diya Parag Chitale, and so the Croatian Lea Rakovac challenged Weinheim’s top player Bruna Takahashi, who is clearly inferior according to the ranking points she has earned so far. But in the match she proved to be equal and even defeated Bruna in the deciding set 11:8.
It was good that Yuan Wan could keep the Weinheim team in the match with a 3:1 win against Elena Kuzmina from Russia – surprisingly the score was 2:2. 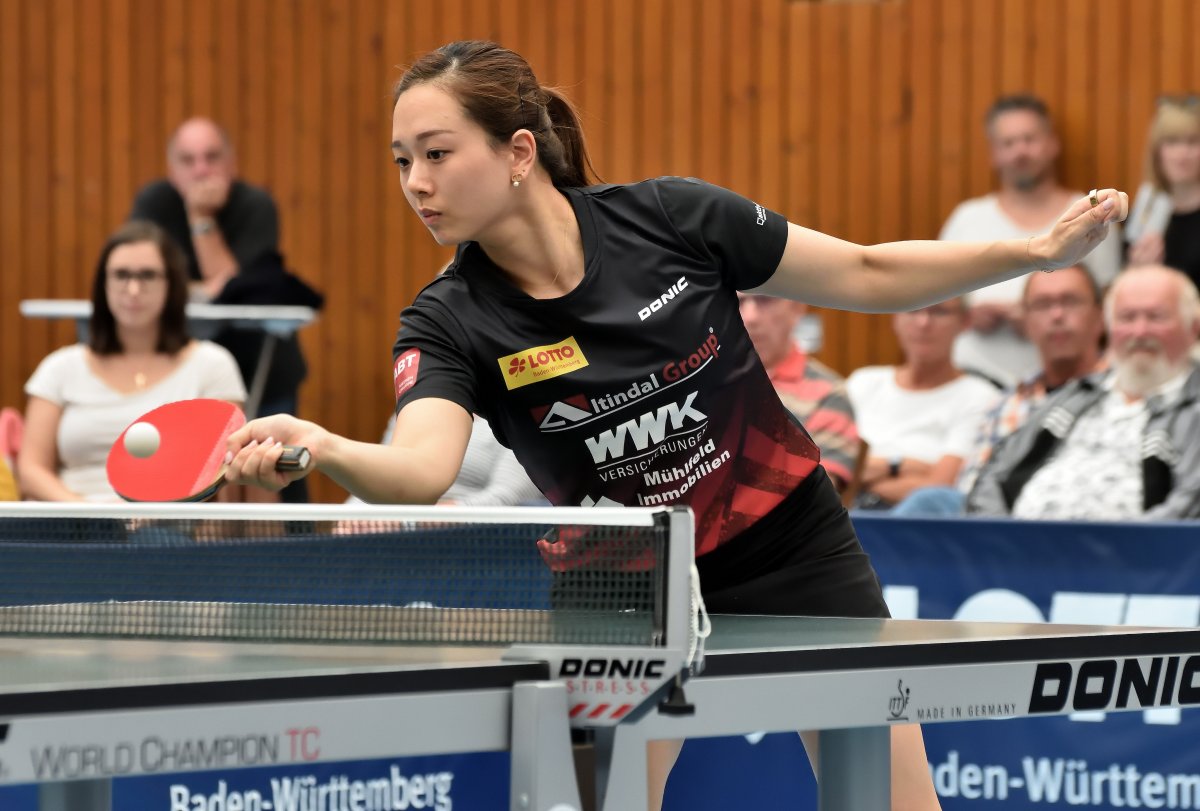 The fact that the TTC 46 can also offer an extremely strong back pair this season was the deciding factor in this match and also gives reason to hope for the other matches.
Mateja Jeger only had a little trouble in the second round at 12:10, otherwise she had the Czech Karolina Mynarova safely under control. Giorgia Piccolin, who came to Weinheim from Bingen, had less problems with her former team mate Katerina Tomanovska and won clearly 3:1.
Now it was up to the top pair to decide the match.
Bruna Takahashi had more difficulties with Elena Kuzmina than expected. After winning the first set safely, she missed four set points and her opponent equalized. Even after leading 2:1 in the first set, she lost the fourth again. This time, however, she left no doubt in the deciding set and brought home a 7:1 lead.
The final point was to be set by Yuan Wan, who had to concede the first set 3:11 to her opponent Lea Rakovac without much resistance. After an easy 11:4 equalizer, Yuan was always behind in the third set, but finally managed to win 14:12. The last set was also close, but she and the whole team won 11:9.
Thus, the TTC 46 could prove that with the newcomers a strong team was born, which is able to score in all parts of the team.
The goal of the season, a place among the top six, is definitely possible if the players can be available to the team without injuries and other competition dates. 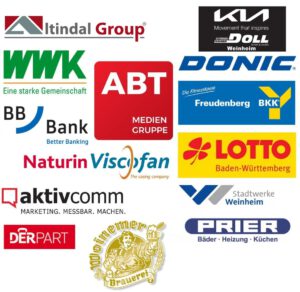